created by The Duffer Brothers

story by The Duffer Brothers and Paul Dichter

directed by The Duffer Brothers and Shawn Levy

A young girl with telekinetic powers being chased by a shadowy government agency. A boy trapped in a parallel dimension to our own. A group of friends facing an unspeakable monster. As you watch Stranger Things you can’t help but feel the hand of Stephen King all over it, particularly his novels Firestarter (1980) and It (1986) – it’s pretty evident that the show’s creators, The Duffer Brothers, are heavily influenced by all things King, down to the typography of the main title sequence which is very similar to the one used in countless of the author’s early novels published by Viking.

And that’s not the only thing they are influenced by. Evidence of the late ’70s and early ’80s sci-fi/horror abound, specially the works of Steven Spielberg (1975’s Jaws, 1977’s Close Encounters of the Third Kind, 1982’s E.T. the Extra-Terrestrial and Poltergeist) and John Carpenter (1982’s The Thing). The music is in the analog synthesizer style of both Carpenter and Tangerine Dream. The opening GFX are lifted from The Dead Zone (1983) and The Terminator (1984). Posters for films such as The Dark Crystal (1982) and The Evil Dead (1983) adorn the walls. Hell, everything I like from that time when I was growing up is rehashed in some way. And on that level, you can see the passion these guys have for a project that is clearly a love letter to that era. 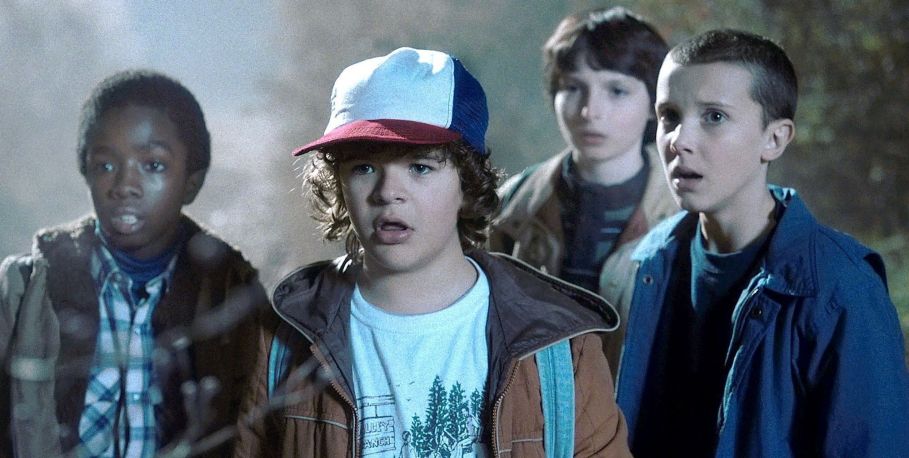 But that’s also the main problem with Stranger Things. Instead of bringing something new to the table, the show is content with just being derivative of things we’ve already seen, and that are frankly better. Everything feels sort of manufactured, meant to evoke a particular feel yet not confident enough to find its own sense of wonder.

I forgot about this series as soon as it was over. Here’s hoping that the second season is able to surprise us.