from a story by Jon Spaihts, Alex Kurtzman, and Jenny Lumet

At one point Universal Pictures decided to create a shared cinematic universe around its classic monster movies from the 1920’s through the 50’s. The idea was to reboot the series à la Marvel’s MCU, with interconnected storylines starring heavyweights such as Tom Cruise (as a soldier fighting The Mummy), Russell Crowe (as Jekyll and Hyde), Johnny Depp (as The Invisible Man), Javier Bardem (as the Frankenstein monster) and a rumored Angelina Jolie as The Bride of Frankenstein. Down the line the plans included films featuring the Wolf Man, the Creature from the Black Lagoon, The Hunchback of Notre Dame, etc. In general, not a bad idea. 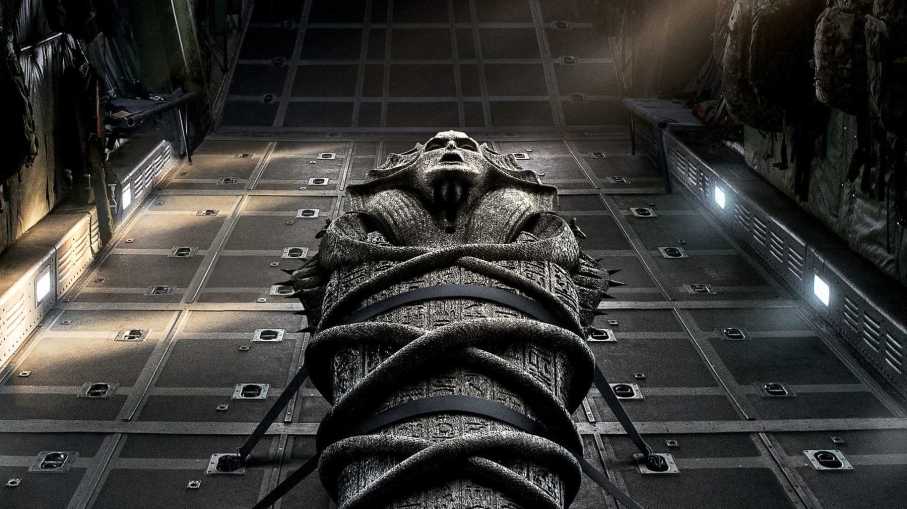 Then came The Mummy and screwed it all up.

This critical and box office disaster (it’s sad when $410 million dollars worldwide is considered a disaster, but hey) derailed Universal’s goals to the point that they scrapped the whole deal, deciding to return to standalone projects. Can’t blame them. The Mummy is a mess of epic proportions, a shoddily put together mishmash of ideas in which Cruise’s character gets cursed by the mummified corpse of an Egyptian princess, and must find a way to stop her before she uses him as a vessel for the evil god Set. There’s plenty of incomprehensible action involving crows, zombies, and sandstorms, but it’s all staged in such a sloppy manner as to make you yearn for the campier Brendan Fraser versions from 1999-2008. And I never thought I’d say that.

My recommendation? Keep this mummy buried and seek out The Monster Squad, a low-budget kid’s flick from 1987 that successfully brings Universal’s creatures together in a fun adventure.