based on the Ant-Man comic books by Stan Lee, Larry Lieber, and Jack Kirby

What’s that you say? Yet another Marvel superhero film? About a burglar who becomes a miniature crime fighter who can, um, control an army of ants? I know what you’re thinking. And in fact, I thought the same. But Ant-Man is a fun little movie (pun intended) that not only boasts some of the best special effects I’ve seen in a long while, it’s actually the breezy action comedy I never thought Marvel had in them. 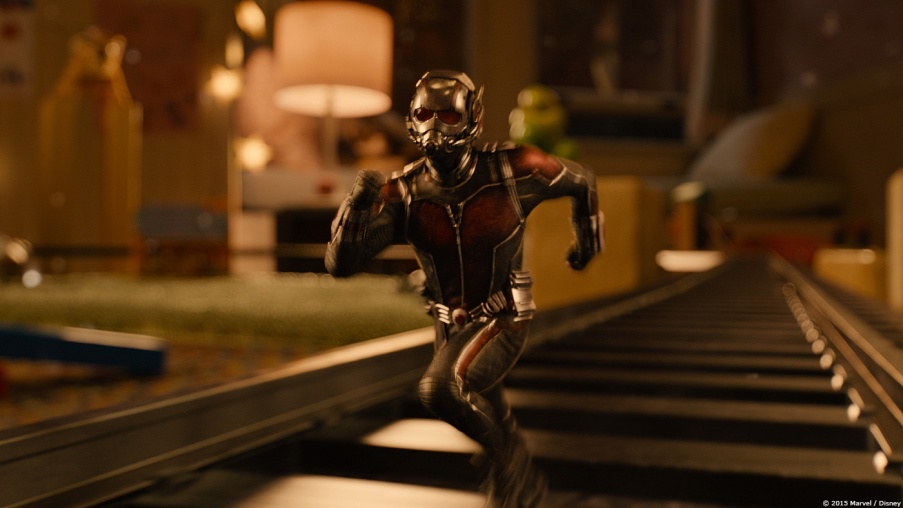 Better yet, Ant-Man is really a heist film, with Paul Rudd playing a smartass do-gooder thief who goes from cracking safes to breaching high-security buildings as the titular hero. The move smartly injects variety into Marvel’s takeover of the multiplexes, just like their equally cool decision to turn Captain America: The Winter Soldier (2014) into a spy flick. Even so, I can’t help but wonder what original director Edgar Wright (2004’s Shaun of the Dead, 2010’s Scott Pilgrim vs. the World), would’ve done with this material. Although his vision for the film was apparently too extreme for the studio’s execs, you can still sense some of his dynamic wit in the final work. But no big deal. By the time you get to the final fight scene in a kid’s bedroom, complete with a chase atop a Thomas the Train railroad, you’ll be cheering.