from a story by Derek Connolly, Colin Trevorrow, J.J. Abrams, and Chris Terrio

based on Star Wars characters by George Lucas

If there’s one thing that’s clear from watching Star Wars: The Rise of Skywalker, the final chapter in the latest trilogy that concludes the nine-part Skywalker saga, is that Disney was making it up as they went along. No one will ever know just how much had been mapped out by creator George Lucas when he made the first holy trinity of Star Wars (1977), The Empire Strikes Back (1980), and Return of the Jedi (1983). Judging from the inconsistencies, probably not a lot. But no one can argue those first three movies hold up much better as a whole, since they were all supervised by him (the three prequels, 1999’s The Phantom Menace, 2002’s Attack of the Clones, and 2005’s Revenge of the Sith were all pretty mediocre, but you can also tell they were Lucas’ through and through). In contrast, Disney gave writer/director J.J. Abrams the reins for Star Wars: The Force Awakens (2015) and then hired other filmmakers to continue the narrative as they saw fit (Rian Johnson for Star Wars: The Last Jedi (2017) and Colin Trevorrow for The Rise of Skywalker). Not a good idea. 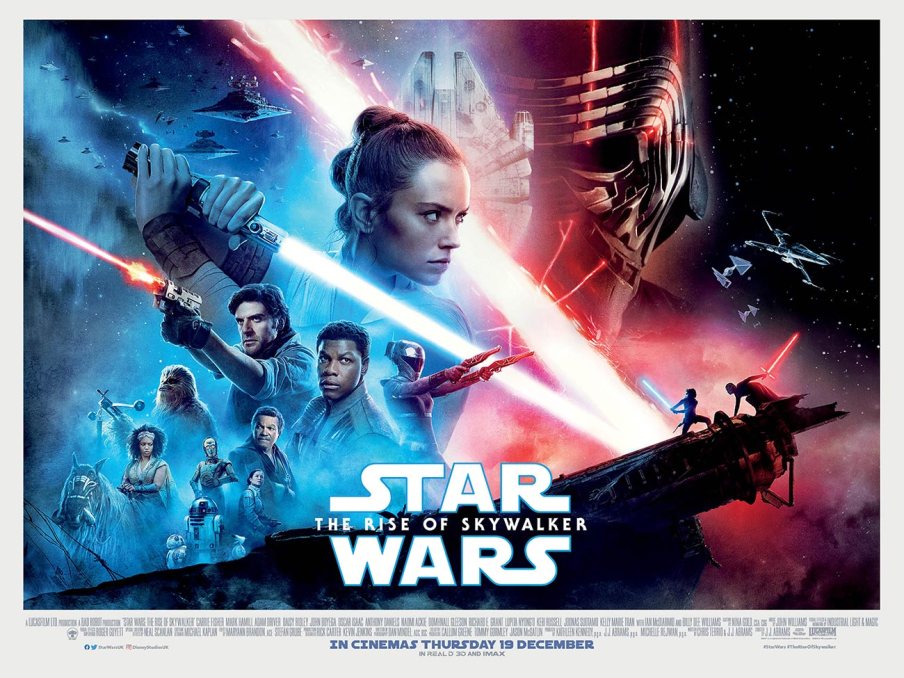 After thousands of fans complained about Johnson’s decision to play with audience expectations in The Last Jedi, Disney fired Trevorrow and brought back Abrams to course correct the franchise. Was it the right decision? Who knows. Perhaps Trevorrow would’ve delivered a fantastic ending (although judging from 2015’s Jurassic World, I doubt it). What we did get was a hectic, slightly confusing adventure in which Emperor Palpatine (Ian McDiarmid) is alive and kicking and scheming to rule the galaxy by transferring his spirit to Rey (Daisy Ridley), his long-lost granddaughter (so that’s why she’s so powerful). The return of the Emperor is messy, and coupled with all the running around the characters must do – finding a clue that will lead them to an artifact that will lead them to a wayfinder that will lead them to Palpatine (!) – it’s enough to make you wish Abrams and company would enroll in Robert McKee’s STORY seminar. But it is the right idea in terms of bringing the  full circle, and I can’t help but appreciate the effort. Trying to tie all the loose ends left behind by The Force Awakens and The Last Jedi, orchestrating an appropriate denouement to eight preceding films, and on top of that coming up with a creative way to incorporate footage of Carrie Fisher – who passed away before production started – as General Leia Organa must’ve been a gargantuan task. 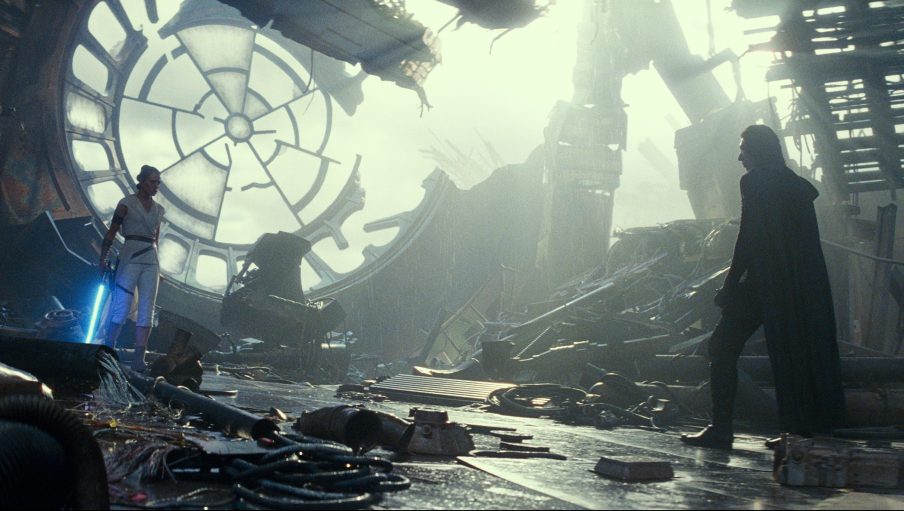 Despite its plot flaws, The Rise of Skywalker is a solid ride: It’s more visually exciting than anything Abrams has ever directed before; the cast seems to click effortlessly for the first time; and the character arcs of Rey and Kylo (Adam Driver) pay off nicely – Rey fights off grandpa Palpatine in an echo of Luke Skywalker’s (Mark Hamill) struggle with his father Darth Vader (David Prowse/James Earl Jones), while Kylo finds redemption with help from Leia and Han Solo (Harrison Ford in a small but touching cameo), paralleling his own grandfather Vader’s return to the light. There are also plenty of other callbacks – such as Han telling his son the same words he once told Leia, or the return of Luke’s X-wing fighter, this time piloted by Rey – lovingly brought back and giving The Rise of Skywalker the emotional heft I was longing for ever since the new trilogy was first announced. And that coda in which Rey decides who she is (not a Palpatine, but a Skywalker) and she gazes at the Tatooine sunset in a reflection of Luke’s hero’s journey? Pure cinematic joy. It’s a powerful and stirring finale, and I’d be lying if I said I didn’t cry (just a little).

So we get to the end of this particular fable that began forty-two years ago in a galaxy far, faw away. Who knows what comes next. But one thing is certain: The Force will continue to captivate imaginations far and wide for generations to come.