from a story by Josh Campbell and Matt Stuecken

I did not like Cloverfield, the 2008 monster movie where a giant Godzilla-like kaiju destroys New York. And the main reason I didn’t like it has to do with the obnoxious found footage style in which it was filmed, a device very few people have figured out how to use believably. This quasi-sequel thankfully drops that gimmick and centers on a fiction narrative: Michelle, a young woman in Louisiana (Mary Elizabeth Winstead), gets in a car crash and wakes up in an underground bunker built by Howard (John Goodman), a man who claims there’s been a massive attack on the United States and that there’s some sort of nuclear or chemical fallout on the surface. Has she been rescued… or is she just the prisoner of an unstable maniac? 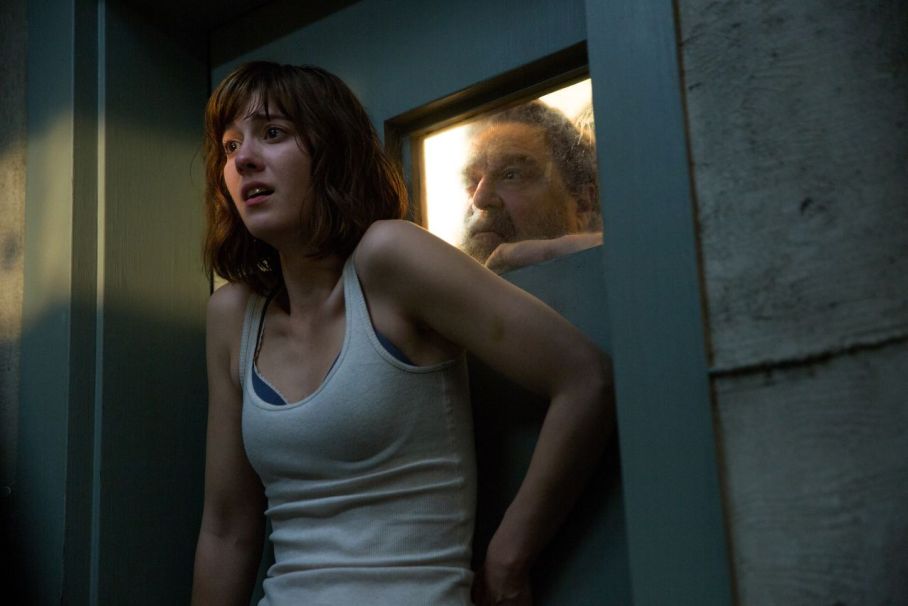 The first hour of 10 Cloverfield Lane unfolds nicely, with an emphasis on paranoia and suspense. It isn’t exactly groundbreaking, but it’s certainly entertaining. But then things get silly: Howard goes seriously bonkers and kills his other “guest” (John Gallagher, Jr.); Michelle ends up dousing him with acid, yet he continues to follow her around like a rejected zombie; finally, she makes her way to the surface, only to find out what’s really going on: The world is in the middle of an extraterrestrial invasion (there’s your Cloverfield connection).

Alas, it doesn’t end there. Michelle proceeds to fight an alien creature, destroys a tentacled space craft, and in the film’s final moments finds out from a radio broadcast that the humans are mounting an offensive in Houston. So she naturally heads in that direction. Um, didn’t she just spend months in an underground shelter? Sometimes less is more. 10 Cloverfield Lane should’ve kept closer to the ground.