from a story by Jean McGianni Celestin and Nate Parker

I had big expectations for The Birth of a Nation ever since I watched the trailer to the period drama based on the life of slave Nat Turner and the bloody revolt he led in 1831. In fact, for a moment I even thought it could surpass 12 Years a Slave, the 2013 Academy Award winner that takes place 10 years after the events of The Birth of a Nation and which I found a bit artsy and impersonal. This was more of an indie film, seemingly brimming with an immediacy and energy that I was looking forward to; even the title was a big fuck you to D.W. Griffith’s 1915 racist movie of the same name, in which the Ku Klux Klan were de facto heroes. Moreover, it was coming in at a time when racial tensions couldn’t be higher in the United States, with a clear bigot running for the White House and a rash of police violence against African-Americans. 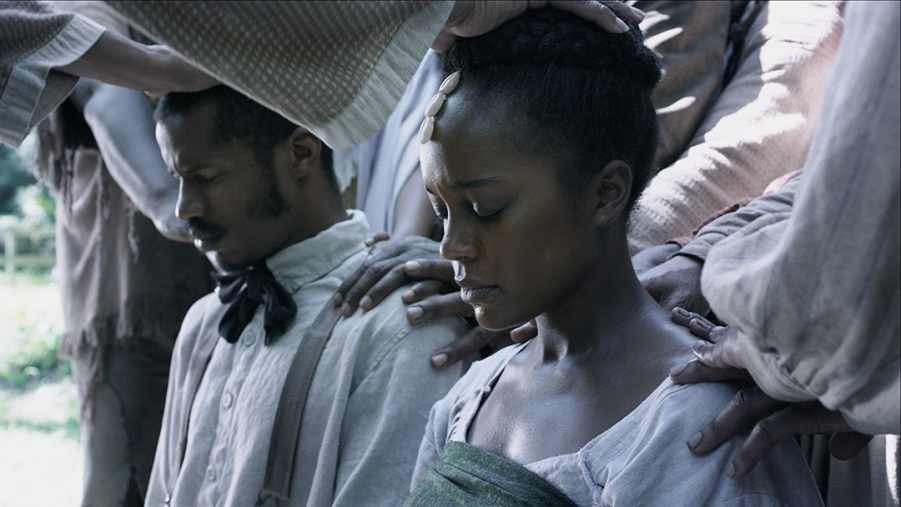 It was not to be. The Birth of a Nation is, in the words of my friend and movie critic Rubén Rosario, “The Great Overreach of 2016.” Actor Nate Parker gets in the writer/director seat for the first time, and it shows: The pacing and tone are off, the music overbearing, and the performances uneven, with Parker himself coming off as the worst offender; he just doesn’t have the necessary chops to take you on this character’s deep and painful journey.

Not that I can discount the passion Parker and company have brought to this project. There are certainly powerful moments that, just like in 12 Years a Slave, bring you face to face with this horrendous period in America’s history. Better yet, they remind you that racism is still alive and well in this country. But in the hands of Parker, those same scenes are tainted by a decidedly Hollywood veneer; a slow pullback revealing dozens of people hanging from trees is made too obvious by to the inclusion of Nina Simone’s version of Strange Fruit, and Turner’s death at the gallows has him hallucinating angels as Henry Jackman’s score insistently touts his heroism. Lack of subtlety is fine in a Michael Bay movie, but here there’s no excuse. As a vehicle for sparking a conversation that could lead to meaningful change, The Birth of a Nation couldn’t be more timely. As a movie, not so much.