written and directed by Rian Johnson

Ever since his debut with 2005’s Brick – a hard-boiled detective story transposed to a high school setting – writer/director Rian Johnson has been deconstructing established genres with glee. In 2012’s Looper, he set his sights on sci-fi/horror, with a time travel yarn that somehow built to young and old versions of the same character trying to save/kill a telekinetic child (it’s as loopy as its title). And in 2017’s Star Wars: The Last Jedi, he pissed off fans of the saga with his individualistic take on the saga’s tropes. (Lest not forget his three superb contributions to Breaking Bad, two of which I consider among the best episodes of the 2008-2013 series).

Bottom line: Johnson likes to mess with your expectations. And that’s a good thing. 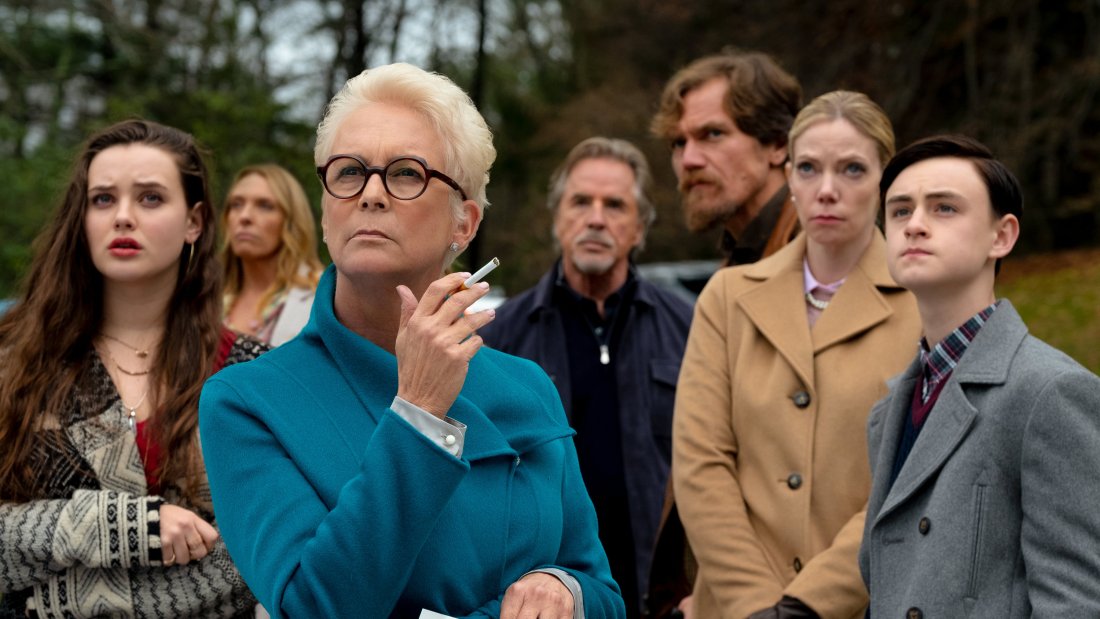 With Knives Out Johnson tackles the whodunit-in-a-big-old-house, and you can tell he’s having a great time not only playing with the framework, but also commenting on it as he goes along: The murdered patriarch, Harlan Thrombey (Christopher Plummer), is a mystery writer himself; a local detective takes a look at Thrombey’s mansion and says, “The guy practically lives in a Clue board”; and in a coup of clever casting, Daniel Craig – James Bond himself – makes fun of his own persona by playing Benoit Blanc, a quirky world-famous investigator with a Southern drawl who references Pynchon’s Gravity’s Rainbow (without having read it) and sings along to Stephen Sondheim.

Knives Out comes across as a little too mannered in its approach to truly hit. But while I wish Johnson would’ve pushed the envelope more, any movie where the victim tells the killer how to get away with the crime – as he’s dying! – is a win in my book. Strap in and enjoy.