If you read my review of the first season of Daredevil (2015), you probably thought I wouldn’t watch season 2. I thought so too. But I said I’d return to the series whenever Elektra made her appearance, and so here we are a year later and 13 more episodes in. The bad news? Elektra sucks. She’s the flattest superhero yet to appear in the Marvel Cinematic Universe, in part because of Élodie Yung’s lack of emotional range but also because she’s mainly relegated to the role of Daredevil’s crazy former lover. Even when she kicks some ass, it feels strained. You know you have a problem when you find yourself thinking how much better Jennifer Garner was in 2003’s version of Daredevil. 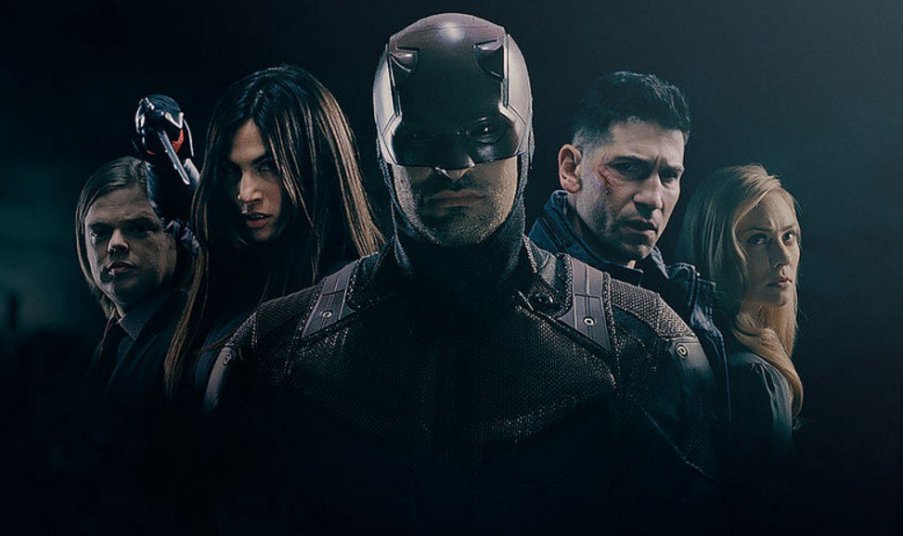 Even though Charlie Cox keeps it solid as the titular vigilante, secretary Karen Page (Deborah Ann Woll) is still kind of bland. And don’t even get me started on Matt’s partner Foggy, overacted by Elden Henson as if his career depended on it (perhaps it does). There are good news, though. Season 2 brings us the debut of Frank Castle (Jon Bernthal), also known to comic book fans as The Punisher. And holy shit, does the Punisher punish, killing everything in his path in an obsessive quest to avenge his family’s death. The producers couldn’t have found someone better than Bernthal to portray this assassin, for he also imbues the character with a humanity that’s hard to deny. And well, we also get the return of Scott Glenn as blind sensei Stick and Vincent D’Onofrio as crime boss Wilson Fisk, both powerhouse actors who, like in the first season, virtually steal the show.

So there, Daredevil continues to be just okay. I’m done. For real. I think.