Well, Black Flag said it: “We sit glued to the TV set all night / And every night / Why go into the outside world at all / It’s such a fright.” Can’t put it better, particularly in these crazy times. There’s no doubt that some of the best storytelling is now being done on the small screen, and with the advent of streaming services, it’s only gotten better. In fact, there is so much good TV out there, my list keeps on getting bigger. So here goes some of the stuff I’ve watched in the last couple of years, in more or less order of preference.

One of my favorite series of all time is The West Wing (1999-2006), Aaron Sorkin’s drama about the presidential staff at the White House. It was idealistic yet pragmatic, a look at a bunch of hyperintelligent people fighting for a higher moral standard and trying to make things better. Sorkin basically rehashes these themes in The Newsroom, as a frustrated anchor (Jeff Daniels) rediscovers his purpose and leads his crew of cable news reporters and producers on a “mission to civilize.” It’s at times a little preachy and theatrical (Sorkin’s always been a playwright first). But the cast is uniformly good, the plot smartly follows real-world incidents, and Sorkin’s ideas resonate more than ever in our current era of corporate greed, misinformation, and FOX news. Watching The Newsroom makes me want to become a journalist.

Is there a recent television series more subversive than this? If so, please tell me. Mr. Robot attacks inequality and conformity with a furious zeal that serves not only as an homage to Fight Club (1999), its clear predecessor, but as a razor-sharp expansion on that film’s themes. Rami Malek plays Elliot Alderson, a cybersecurity engineer/hacker obsessed with bringing down a powerful conglomerate and even the odds for the 99%. The twist? He has dissociative identity disorder, making it hard to tell which personality’s really in control.

Mr. Robot is almost revolutionary in its fusion of style and substance, its anarchic spirit exactly what we need in this day and age of rampant disregard for the common good. The show’s ambitions sometimes exceed its grasp – an intriguing subplot involving time travel ends up going nowhere, and some characters feel undeveloped. But it’s in the intimate exploration of its anguished main character that Mr. Robot really shines. In the end, Eliott’s biggest hack is not to equalize injustice. It’s to finally find himself.

In the penultimate episode of Halt and Catch Fire, a group of family and friends walk around a house trying to make sense of the death of a close friend. This reminiscing could’ve been many things: Sappy, trite, unrealistic. Instead, it’s a painfully real exploration of grief, as those left behind come to terms with their memories – both good and bad – of the deceased, as well as their own fractured relationships. At one point one of them remembers a funny anecdote, to which another replies, “I’m not… ready to do that.” It’s as close to the truth as a series can get.

On the surface, Halt and Catch Fire is a show about computing and the PC revolution of the ’80s which then led to the rise of the World Wide Web. But underneath the picture-perfect recreation of that era, it’s a series about people. As my friend Gerry put it, every single character has so much depth that none of them are right or wrong all the time. Instead, they come through as brilliant, selfish, caring, conceited, and all shades in between… but always recognizable as human.

created and written by Phoebe Waller-Bridge

Fleabag (Phoebe Waller-Bridge), the eponymous title character of this British series, is, like the word suggests, an unpleasant mess. Just in the first episode, she says, “I have a horrible feeling that I’m a greedy, perverted, selfish, apathetic, cynical, depraved, morally bankrupt woman who can’t even call herself a feminist.” She’s much more than that, of course, and the pleasure of Fleabag lies in watching this broken soul walk the streets of London looking for something – anything – that will make her feel complete.

Fleabag is a revelation, a provocative comedy-drama that delivers a gut-punch of quick-witted humor and raw dysfunction. And while occasionally it feels a little too pleased with itself, it’s a veritable tour de force for creator Phoebe Waller-Bridge’s multiple talents. Fleabag breaks the fourth wall constantly, rationalizing her every thought by confiding in her only non-judgmental friend, the audience. The final scene, as she loses the love of her life but grows up just enough to let us go, is just brilliant.

based on the series of novels A Song of Ice and Fire by George R. R. Martin 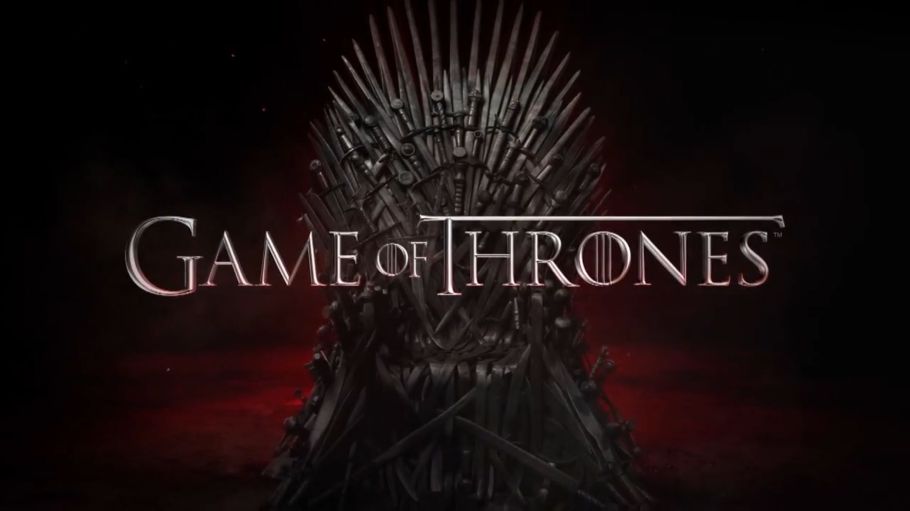 At this point, there are plenty of Youtube videos explaining why the final season of Game of Thrones is utter garbage. I wouldn’t go so far as to call it that, but it’s certainly uncommon for a show to go from “must-see” to “kinda meh” so quickly. The fantasy series, based on the highly popular saga A Song of Ice and Fire, by George R. R. Martin, immediately had me hooked with its dazzling combo of swords, sorcery, and political intrigue (plus zombies and dragons!). But somewhere around the fifth season, showrunners David Benioff and D.B. Weiss ran out of fuel – Martin hadn’t yet finished the sixth novel, The Winds of Winter (and as of this writing, still hasn’t). With no material left to adapt, Benioff and Weiss had no choice but to continue the story on their own… with middling results. Characters you thought you knew started making dubious decisions, conflicts that once were intriguing became second-rate, and plot points that took years to develop were suddenly solved in minutes. Still, you can’t take away the show’s insane scope, visual splendor, and go-for-broke bravura moments. From a wedding that ends in a vicious bloodbath to a 50-minute assault on an ice fortress, Game of Thrones was, at its peak, much more than TV. It was pure cinema.

Back in 2015, while waiting for a ride to Logan International in Boston, my cousin Walter turned to me and said, “Hey, have you watched this new series, Silicon Valley?” I knew that it was an HBO show about the eponymous region south of San Francisco, but not much else. Two episodes later, I was sold. The misadventures of a group of programmers trying to make it big in the world of high-tech, Silicon Valley may be a parody of the real thing, but you can tell it’s very close (co-creator Mike Judge based the show on his own experiences in the industry). For anyone who’s liked Judge’s previous forays into workplace satire such as Office Space (1999) and Extract (2009), Silicon Valley‘s distinct brand of absurdity is a must. Thank you, cuz. “That guy fucks!”

created and written by Craig Mazin 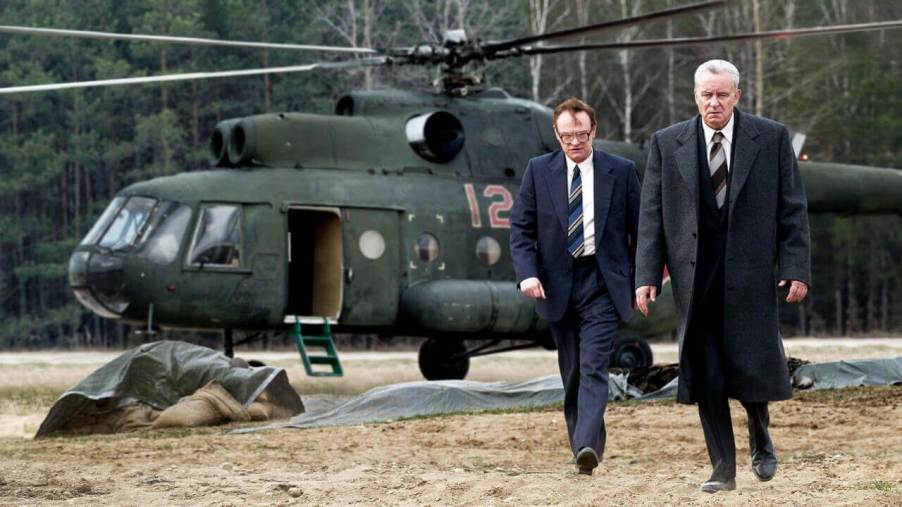 Dramatizing real events is always a dicey proposition, and I tend to be wary of projects that carry expectations of “prestige” around them, such as this miniseries about the Chernobyl nuclear accident of 1986. Thankfully, though, Chernobyl is a tight and harrowing watch that focuses on the relationship between chief investigator Valery Legasov (Jared Harris) and Council of Ministers chairman Boris Shcherbina (Stellan Skarsgård) as they face the fallout and an even more dangerous foe: Their own government. Both actors are great in their roles, but it’s director Johan Renck’s subdued imagery – a helicopter slowly falling from the sky, a group anxiously decontaminating a radioactive roof – that reveal the horror of a silent killer made even deadlier by political suppression and inaction. Any resemblance to current events is purely coincidental.

created and written by David Simon and William F. Zorzi

based on the book Show Me a Hero by Lisa Belkin 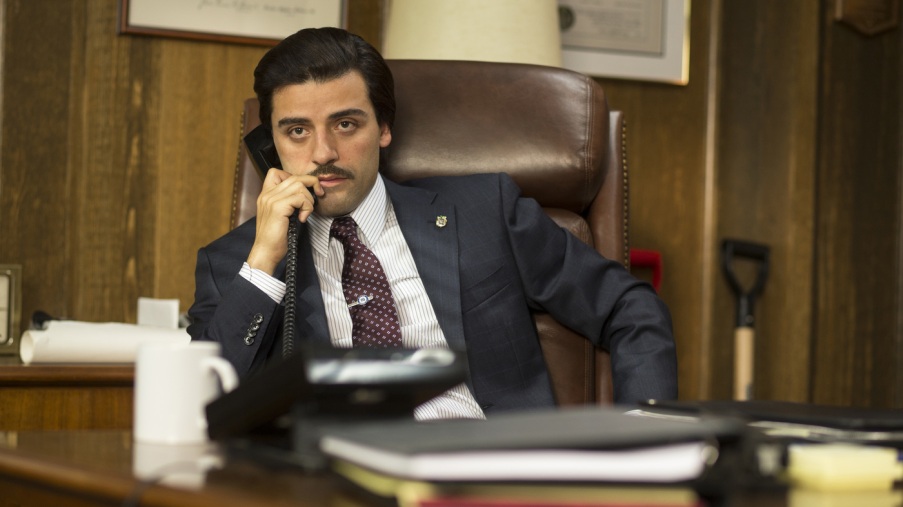 If you’re familiar with David Simon’s excellent show The Wire (2002-2008) then you know that his grounded approach to drama offers no easy answers, favoring complicated characters and the equally complicated institutions they create. Show Me a Hero is no different. Co-created with fellow The Wire alum William F. Zorzi and based on a real 1980’s dispute over public housing in Yonkers, New York, the story centers on Nick Wasicsko (Oscar Isaac), a young politician elected mayor just as a federal judge orders the city to end its segregation policies by building 200 low-income units in the mostly white, middle-class east side. The thorny topics of systemic inequality and racism are portrayed both bluntly and humanely, but even more intriguing is the portrayal of Wasicsko as an insecure and opportunistic man who found himself on the right side of history through no particular conviction of his own. Isaac nails it. And I’m on Simon’s Treme (2010-2013) next.

Marvel’s Jessica Jones is the second in a group of Netflix shows that eventually built up to The Defenders (2017), the superhero team consisting of Jones, Daredevil, Luke Cage, and Iron Fist. I made it through the first two seasons of Daredevil (2015-2018) – you can read my reviews here and here) – and decided to give this one a go, but by the last episode, I was hoping for Doctor Strange to pop up in my living room and reverse time. One would think that watching a savvy detective with superhuman powers (Krysten Ritter) try to outsmart a killer who can control minds (David Tennant) would be more exciting than this slog, but aside from Tennant’s scene-stealing turn as big baddie Kilgrave, this is pretty average stuff. One season is enough for me.