written and directed by Mike Flanagan 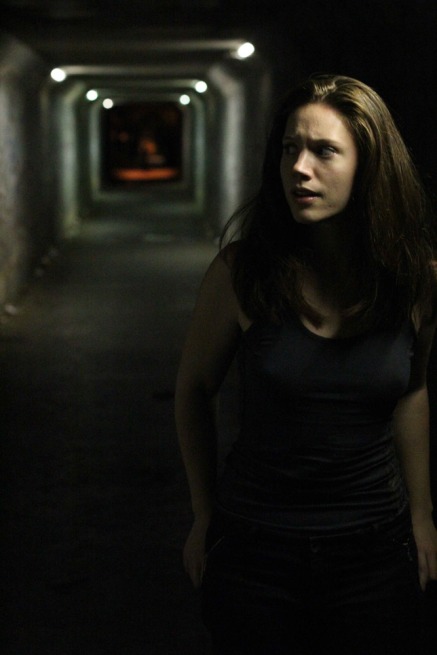 For a while, this cheapie suspense flick – shot on DSLR cameras – captures your attention with its tale of a woman obsessed with her husband’s disappearance seven years ago. Is he dead? It certainly seems that way, as she sees his ghost at every turn, haunting her. Or it could all be in her imagination. Writer/director Mike Flanagan offers no easy answers, smartly focusing on universal themes of grief, regret, and family dynamics.

But then the monster appears. And it’s a giant insect. Who lives in the walls.

Wait, a monster? So it’s not a ghost story, it’s a creature feature? Absentia tries too many things at once, losing its mojo along the way. Truth be told, I didn’t mind the insect much – you barely see it, and that’s perfect – but the intricate mythology regarding its existence is not particularly well explained, and that’s a problem for me. Still, kudos for trying something different.