based on the novel The Godfather by Mario Puzo

At this point, there is little that hasn’t been said about Francis Ford Coppola’s exploration of family, power, and corruption. The three films hold up amazingly well, specially when you see them back to back. Al Pacino gives one of his best performances as the son of a mafia Don (Marlon Brando) who reluctantly chooses to become the next Godfather after a series of events puts the family in danger. The main narrative thrust is his rise and fall – from soft-spoken army kid to head of a violent empire – and his eventual search for redemption. It’s a tragic story about the American Dream, with pristine acting, amazing production design, and beautiful cinematography courtesy of the late Gordon Willis. And Coppola balances it all with a grace rarely seen in cinema, as interested in capturing the authentic flair of a Sicilian wedding as well as the horror of discovering a horse’s decapitated head under the sheets. 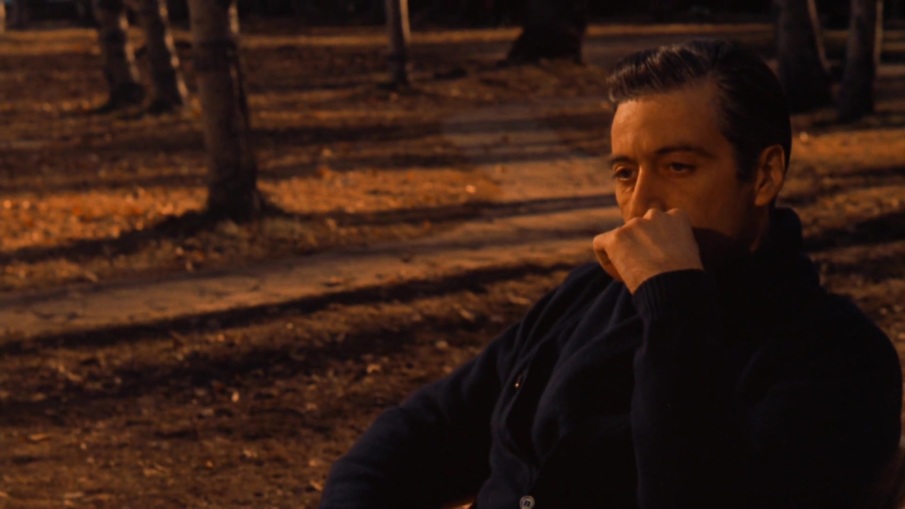 Although the first two films are rightfully enshrined in the history of American cinema as classics, I believe The Godfather Part III is quite underrated. While certainly not at the level of the first two films, the third installment is essential to the conclusion of the saga. Michael, in true Shakespearean fashion, must eventually atone for his sins: He’s a man haunted by countless murders – specially the killing of his brother Fredo (John Cazale) – and for alienating his children and his wife Kay (Diane Keaton). I like that the film lets the character achieve some level of absolution as he reconnects with Kay, his son Anthony (Franc D’Ambrosio), and daughter Mary (Sofia Coppola), only to snatch his happiness away in the devastating final moments. In the end, Mary is the price Michael must pay for the life he’s chosen. It’s a sad denouement, but perfect in every sense.

In the first film of the series there’s a scene where enforcer Luca Brasi (Lenny Montana) goes to a meet at a bar. Everything seems to be going according to plan when suddenly he’s stabbed and strangled. His body jerks. His eyes bulge as his brain loses oxygen. He grunts and wheezes, then falls to the ground, dead. As this was happening, I could see my wife gasping and squirming. Few movies elicit that reaction from her, let alone a film that’s 43 years old. I don’t know, but that’s some gangsta shit right there.

If you haven’t seen it yet, The Godfather trilogy is an offer you shouldn’t refuse.