written and directed by Cristian Mungiu

Eliza (Maria-Victoria Dragus), a high-school student in a small Transylvanian town, is physically assaulted on the eve of an important set of tests that may allow her to win a scholarship in the UK. Although in no condition to take the first evaluation, her father Romeo (Adrian Titieni) insists upon it. She doesn’t pass. What follows is a series of tricky moral choices, as Romeo finds himself greasing the same corrupt system he detests and which he desperately wants his daughter to escape from. 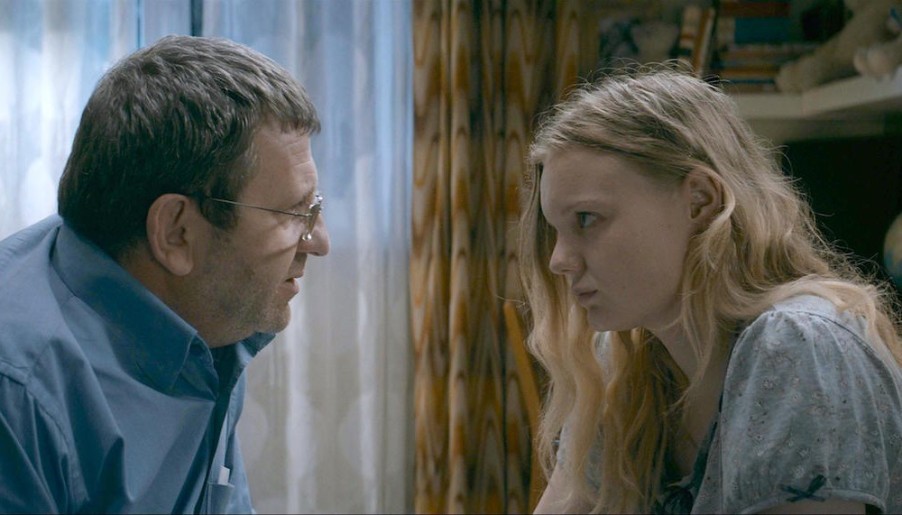 Bacalaureat deliberately burns ever so slowly to its resolution, achieving a kind of quiet tension that you will recognize if you’ve ever faced similar questions of principle, yet it doesn’t hit home completely – writer/director Cristian Mungiu may have a lot to say, but the ideas fail to coalesce into a completely satisfying whole. Still, his subtle, naturalistic style stays with you long after the film’s over.