I’ll be the first to admit that the “The Infinity Saga” of the Marvel Cinematic Universe is, by all intents and purposes, a pretty impressive achievement. Making twenty-three interconnected films – beginning with 2008’s Iron Man – with dozens of characters across multiple storylines building up to a final showdown must’ve been a Herculean task, and while some of the results were a little meh (not a big fan of the Thor or Guardians of the Galaxy series), most are highly entertaining. But all things come to an end, and so the mighty Avengers finally had to face the ultimate baddie, Thanos (Josh Brolin), a supervillain intent on balancing the universe’s resources in order to reduce suffering (not a bad idea, were it not for the fact that he’s a psychopath who regularly engages in genocide).

The first part of this face-off, Avengers: Infinity War, has Thanos finally taking possession of the six Infinity Stones from the previous movies and placing them in a gauntlet that will wipe out half of all life with one snap of his fingers. It’s up to the Avengers to save the day. But by now there are so many members in this posse that it’s impossible to spend a lot of quality time with every one of them. Gone are the days in which writer/director Josh Whedon was able to focus on a smaller group repartee with 2012’s The Avengers and its sequel 2015’s Avengers: Age of Ultron (even that was already beginning to feel a bit crowded). Whedon left soon after, and the reigns given over to directors Anthony and Joe Russo, who’d brought on the heavy-duty action with 2014’s exciting Captain America: The Winter Soldier. Two years later and Captain America: Civil War (2016) was already bursting at the seams with an overabundance of super men and women.

The same thing happens here, although the script by Christopher Markus and Stephen McFeely does have some good fun with the additions of Doctor Strange (Benedict Cumberbatch) and the Guardians of the Galaxy into the Avengers fold – the scene where Star-Lord (Chris Patt) tries to act more macho than Thor (Chris Hemsworth) is probably one of the funniest moments in the entire series. But while enjoyable, Avengers: Infinity War runs from place to place – New York! Wakanda! Scotland! Knowhere! Nidavellir! – and battle to battle with little to no emotional weight. The fact that it’s also the first part of a double feature robs the ending, in which Thanos makes half of our lovable warriors disappear, of any power. We know somehow they’ll be back in part two, Avengers: Endgame. 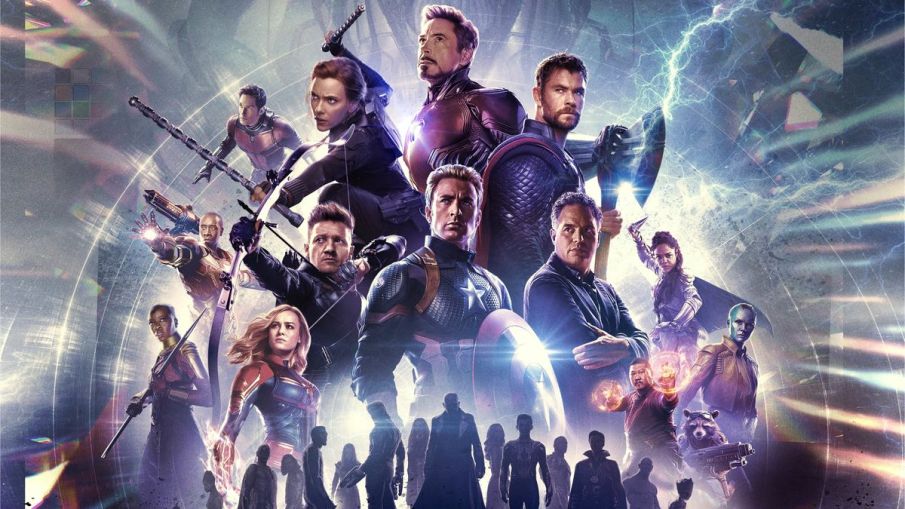 Yet it’s precisely Avengers: Endgame the one that misses the landing. The remaining superheroes find Thanos, realize he’s destroyed the Infinity Stones, and Thor, um, decapitates the dude. Talk about impulsive. What follows is an extended time travel ride in which the team hops through scenes of previous Marvel adventures as they try to set things right, and while this may sound exciting in theory, at three hours it’s just interminable. The film tries to inject some levity by making Thor fat and having Bruce Banner (Mark Ruffalo) and the Hulk share mind and body as Professor Hulk, but it comes across as forced. And the two main character deaths – Black Widow’s (Scarlet Johansson) and Iron Man’s (Robert Downey Jr.) – are treated with casual detachment, lost in all the laborious razzle-dazzle of giving the audience all the bells and whistles of a rousing climax. As far as conclusions to multi-movie sagas go, Avengers: Endgame is pretty lame. For my money, the equally impossible to pull off Star Wars: Rise of Skywalker (2019) does a much better job at combining heart with spectacle.

So what comes next for Marvel? Who knows. I’m in line for an X-Men reboot.