I’ve been a lifelong Rush nerd since 1985, since my first incursion into the Canadian prog-rockers’ music at the Power Windows tour. Since then, I was able to see the band three more times, and all of them were pretty damn amazing. Thirty years after that moment under the Costa Mesa night sky, the band went on the road for the very last time. Drummer Neil Peart was struggling with tendonitis and he wanted to retire and spend more time with his young daughter. 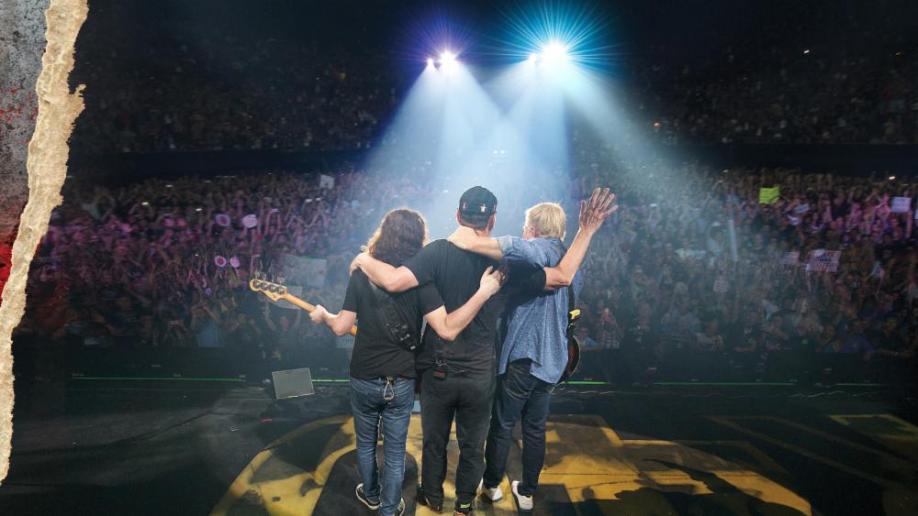 It was a bittersweet goodbye, as neither bassist Geddy Lee nor guitarist Alex Lifeson felt ready to hang up the spurs just yet. The resulting film, Rush: Time Stand Still, chronicles the band’s final tour, and while the result is not as captivating as Rush’s earlier documentary Rush: Beyond the Lighted Stage (2010), it’s still a heartfelt coda that speaks to the legacy of one of rock’s most enduring trios, made even more poignant by Peart’s death five years later from brain cancer.

Rush has been an inspiration in my life for as long as I can remember. I’m sad it’s over. But just as the lyrics to Time Stand Still say, the songs will always be there to pass an evening with a drink and a friend (you know who you are), as we discuss Rush’s best lyric, guitar solo, or drum fill. Let’s freeze this moment a little bit longer.