based on the book Black Klansman by Ron Stallworth

In the early ’70s, black Colorado Springs police officer Ron Stallworth (John David Washington) contacts the local branch of the Ku Klux Clan and poses as a white bigot. He gets an invitation to join, so he has to rely on white colleague Flip Zimmerman (Adam Driver) to appear on his behalf. Things of course get complicated, and soon Ron and Flip discover the Klan is planning to bomb a local civil rights meeting. 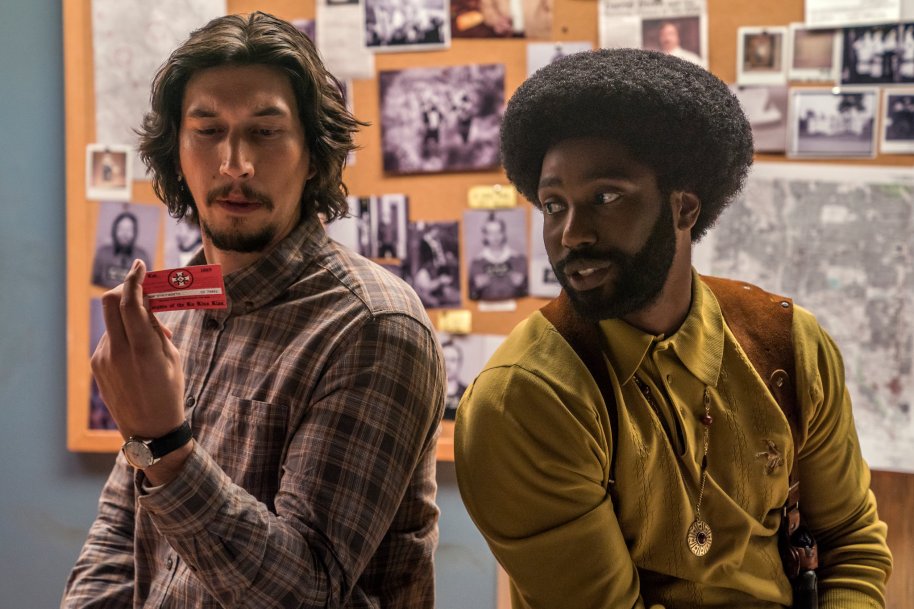 Filmmaker Spike Lee has a lot on his mind, and he stuffs the based-on-a-true-story BlaKkKlansman with everything from buddy cop movie banter to serious history lesson. It’s somewhat jarring, and as usual with Lee, more than a little heavy-handed. But I’ll still take his inflammatory (and correct) observations about racism in America any day, even if he struggles to make them cohere fully. You have to admire his decision to close BlaKkKlansman with real footage from the 2017 white supremacist rally in Charlottesville, VA, which ended in violence and the tragic death of a young protester, Heather Heyer. The film’s final image of the upside-down U.S. flag is still terrifyingly relevant… and speaks louder than words.