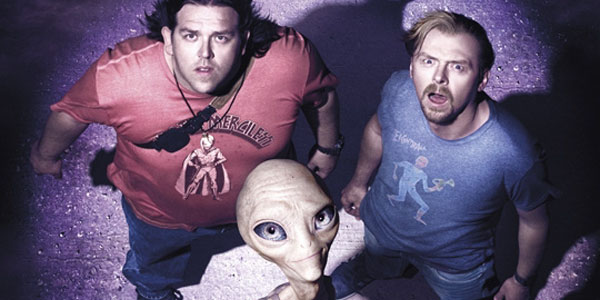 I should probably like this film more. It stars and is written by Simon Pegg and Nick Frost, the two Brit funnymen behind the Cornetto Trilogy of Shaun of the Dead (2004), Hot Fuzz (2007), and The World’s End (2013). It’s directed by Greg Mottola, who brought the funny/sad in Superbad (2007) and Adventureland (2009). And it has a crass CG extraterrestrial in the title role (voiced by Seth Rogen) who befriends a couple of sci-fi geeks while on the run from the US government. There are countless references to pop culture, including a scene where Steven Spielberg himself consults Paul over what kind of powers E.T. should have. So why does the film fail to leave a more lasting impression? No clue. Perhaps the script tries too hard to go for the sweet instead of focusing on the dry wit Pegg and Frost are known for. Or perhaps it needed the kinetic energy of an Edgar Wright, director of the aforementioned trilogy. As it stands, Paul is quickly forgettable.