Have you ever been in a situation where you intrinsically know something is not right, yet try as you might not to cave in you find yourself making exceptions, rationalizing, or just plain giving up? Of course you have. That’s pretty much what life is – a series of hard choices, concessions and disappointments, sprinkled with a few moments of happiness. And you better hang on to those moments, baby. Because otherwise, what’s the point? 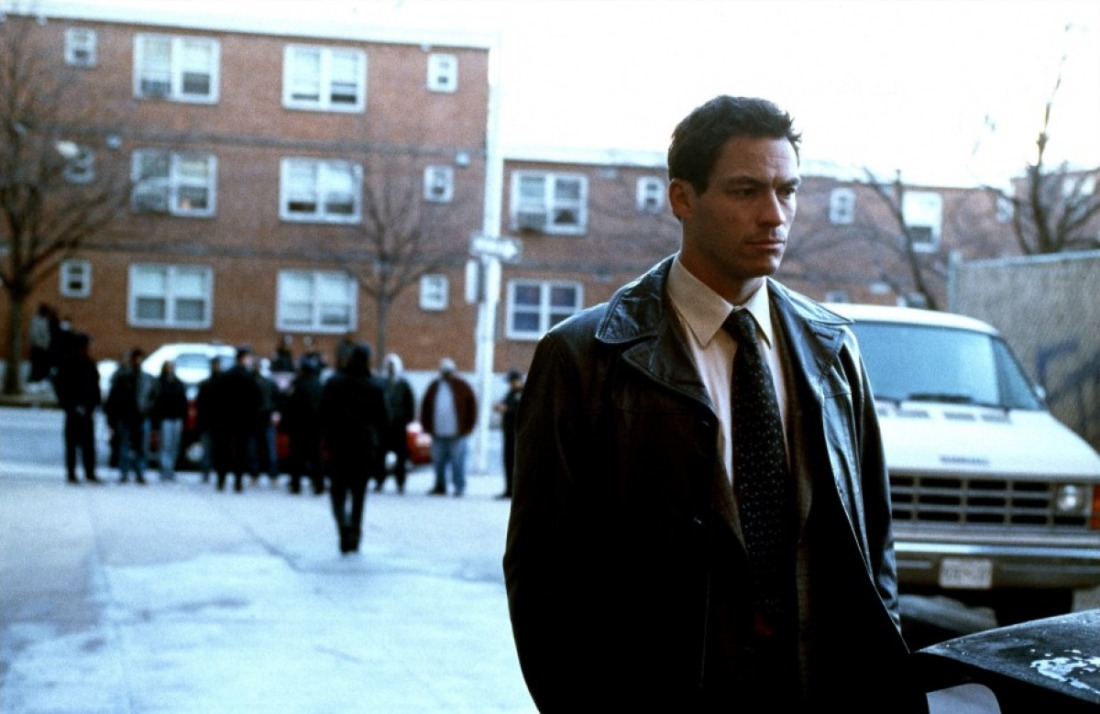 David Simon’s HBO series The Wire is precisely about the hard choices. Taking place in and around the city of Baltimore, Maryland, it is about ordinary men and women – most of them working and middle class – trying to survive the ebb and flow of a metropolis in disarray. Throughout five remarkable seasons, Simon explores the uneasy relationship between each of the city’s institutions: The government, police force, drug trade, seaport, schools, and news media. One bleeds into the other in a sick cycle of power, corruption, and bureaucracy that stings with the essence of truth. It’s not surprising: Simon had been a police reporter for the Baltimore Sun, and co-writer Ed Burns had been an homicide detective and teacher. They know this turf inside and out… and it ain’t pretty. There is no stone left unturned, with time also devoted to other societal ills such as homelessness, human trafficking, and the failures of convict rehabilitation and reintegration, all portrayed with a realism seldom seen on TV thirteen years ago when the show first premiered and still way ahead of its time now.

Aside from the overarching plot that ties all these elements together, The Wire is all about the characters and how, as an audience, we come to care about them, warts and all: Bubbles (Andre Royo), a homeless heroin addict with a good heart who struggles – and repeatedly fails – to get clean; Jimmy McNulty (Dominic West) and his buddy Bunk (Wendell Pierce), police detectives who drink and whore too much, yet are so attuned to each other they can survey a crime scene just by saying “fuck”; Omar Little (Michael K. Williams), a dangerous thug with a complex moral code; Frank Sobotka (Chris Bauer), the union leader who reluctantly gets involved with Greek gangsters so he can bribe government officials; Dukie (Jermaine Crawford), Randy (Maestro Harrell), Namond (Julito McCullum), and Michael (Tristan Wilds), the four middle school friends whose inner city lives take very different paths, most of them heartbreaking. The list is endless – everyone in The Wire is exceptional. This is acting at its most fine-drawn and perceptive.

You would think all of this adds up to a sad, pessimistic show. And while the themes are definitely not rosy, The Wire is also about the little triumphs: Incompetent police detective Roland Pryzbylewski (Jim True-Frost) finding his true calling as a math teacher who comes to care for the students in his class; investigator Lester Freamon (Clarke Peters) finally catching drug kingpin Marlo Stanfield (Jamie Hector) after years of surveillance work; Bubbles rising above his addiction until he’s accepted at his sister’s dinner table; ex-convict Dennis Wise (Chad Coleman) standing up to – and getting the respect of – drug dealer Avon Barksdale (Wood Harris) with the words “I ain’t got it in me no more.” Even those moments where characters can’t – or simply refuse – to rise above their circumstances have that sting of authenticity, none the more powerful than when Bunk chides Omar about his role in the state of the neighborhood: “Makes me sick motherfucker how far we done fell.”

All these failures and victories make for one of the most compelling TV series I have ever seen. It may or may not reflect your immediate reality, or even come remotely close to a world you identify as your own. Yet as a drama about the human condition, about the grind and hassle of everyday existence, you won’t be able to deny its underlying universal message. Sometimes the hard choices come at a price. Sometimes, they can even kill you. But one thing is for sure: The Devil may have all the fire and fury at his command, but it’s up to you to keep him way down in the hole.